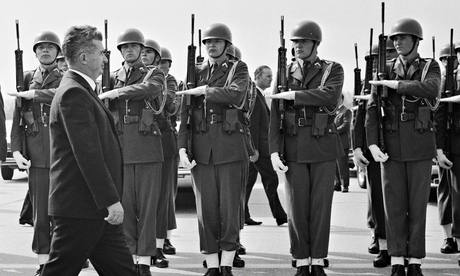 In your article on Ikea and the Romanian Securitate (5 July), you state that the Securitate “did the dirty work of Romania’s dictator Nicolae Ceausescu, torturing and killing thousands of political opponents during his 24 years in power”. Ceausescu is confused here with a previous Romanian leader, Gheorghiu Dej, who did indeed kill and torture thousands in the early 50s. Ceausescu’s “evil monster” reputation was constructed after his death, in part as a smokescreen to allow former communists to rip off the country. While Ceausescu did indeed become a nasty paranoiac, his reign was relatively benign until the 80s when an austerity programme was imposed by the IMF in order to ensure the repayment with interest on loans that private western banks, the World Bank and the IMF had delightedly pushed on Romania in the 70s. The $41,283.28 interest which the Securitate made from Ikea in 1986 seems fairly paltry by comparison and would in any case have been used to repay interest on loans to the west, which preferred privation for ordinary Romanians to burning of bondholders. Sound familiar?
Brendan Culleton
Documentary producer, Akajava Films